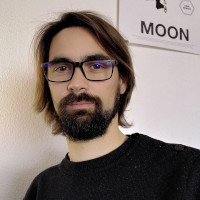 I am a researcher (CR CNRS) in mathematical physics in the probability team of Toulouse Mathematics Institute (IMT). I am also an associate researcher at neighboring Theoretical Physics Laboratory (LPT).

I am mainly interested in the mathematics of quantum system thermodynamics. I focus on definitions of thermodynamic quantities and their fluctuations, and study related questions in probability.

In 2021 I gave a masterclass to master students in mathematics in Toulouse. It consisted of a short presentation of a non exhaustive selection of topics relating probability and quantum mechanics. The support I used is available: Introduction to quantum mechanics for probabilists. It may be helpful to understand my research interests.

With Ion Nechita and Clément Pellegrini, we organize the IMT-LPT mathematical physics seminar. The schedule is available on the IMT website and the LPT website.

I am the coordinator of ANR project “Quantum Trajectories (QTraj)”. Some postdoctoral positions and internships will be available. Contact me for information. I am also a member of ANR project ESQuisses.

All my articles preprints are available on this arXiv page. You can also find my articles listed on my ORCID and this HAL page.

Here is a list of examples of subjects of masters internships I can propose. They can all be continued into a Ph.D. or constitute the starting point of a Ph.D.

If you have any inquiry or idea of subject related to my research please feel free to contact me.

(no hierarchy is meant in the order of the list)

You can consult my full CV.